Evaluation of vehicle performance has been made considerably easier since the advent of GPS data logging. Traditional methods which called for the use of a fifth wheel or optical sensor added considerable complexity and time to a typical day's testing, but now VBOX equipment is employed to gather this information with a swiftness and ease that makes the job simple - whether it's just a few 0-60 runs, or something more complicated.

Although we offer free analysis software for all VBOX systems, it may not even be necessary to make use of it as products such as the VBOX Mini output results on a screen; or live data can be viewed on a laptop or tablet PC. For those wishing to extract results in greater detail all data is logged to flash media for later analysis.

Vehicle and tyre manufacturers, tier one suppliers, tuners, aftermarket and fabrication companies use VBOX to assess the performance of their products. 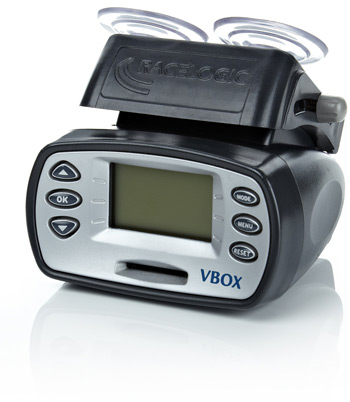 All RACELOGIC data logging equipment is able to perform acceleration tests to determine 0-60, 0-100mph, ¼ mile, VMAX, G-forces data. Data is logged to a memory card and can be analysed with the free VBOX Test Suite software.

Test results are either displayed live on a PC, internal screen or additional display, depending on the product in use. You can get a 20 Hz VBOX data logger from less than $500.

VBOX equipment is used by a number of motoring publications and broadcast companies. A large proportion of new vehicles are put through their paces by journalists configuring them for increasingly detailed analysis within the pages they create. Straight line acceleration and braking, lap times, cornering g-forces, and many more parameters are easily measured and disseminated for their readership.

Television production companies making programmes where performance timing or speed measurement is a requirement (such Northone TV, who produce the motoring show "Fifth Gear" - and who also filmed the 2014 series "Speed" featuring motorcycle racer Guy Martin - for broadcast in the UK) turn to VBOX data loggers thanks to their ease of use and reliability.

Racelogic has a lot of experience in working with print and television media and we can advise you on the best and most efficient way to capture that all-important data, augmenting and enriching the final output.

VBOX Test Suite is available as a free download for all VBOX customers. Its intuitive interface is accessible for all users from engineer to test driver, making the process of recording and analysing your test data as quick and easy as possible.

Application-specific plugins such as 'Performance Test' make the analysis of vehicle acceleration and deceleration test data quick and clear. The Performance Test plugin enables you to set your own start and finish conditions or choose from a range of pre-set regulation speed and distance parameters, making it easy to begin testing. 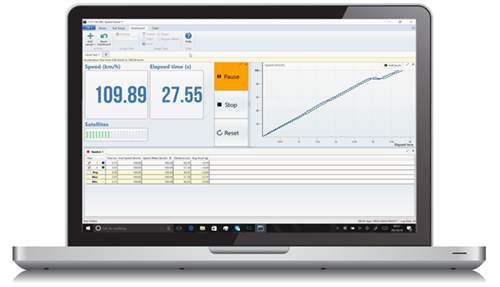 A range of RACELOGIC test systems is shown below:

The venerable car entertainment show has used VBOX equipment many times since it started in its current format in 2002. Whenever the BBC needs to accurately measure speed, distance, acceleration, or time, they use a VBOX.

The production company who make a wide variety of programmes for broadcast on the UK ITN network use VBOX units in "Fifth Gear", the motoring programme where any number of cars are assessed for performance. They have also used a DriftBox when seeing how sideways the presenters can drive.

In 2013, Northone filmed a series featuring TT Motorcycle racer Guy Martin as he undertook a variety of tasks of ever increasing madness. VBOX equipment was used to capture his speed as he drafted a racing truck, on a specially constructed bicycle, at well in excess of 100mph on Pendine Sands in south Wales. 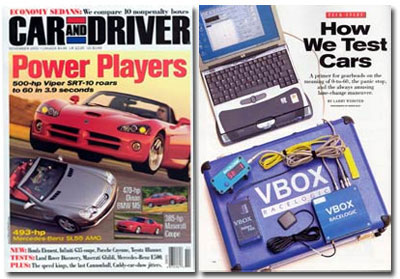 In November 2002, Car & Driver published a highly detailed account of their vehicle testing regime, and announced then that they would henceforth be using VBOX systems to further enhance their procedures.

Starting with two VBOX II units, they have continued to ensure that their reputation for balanced and highly scientific testing in the US remains, and they now use a top of the range VBOX 3i amongst their VBOX data logging fleet.

In the opinion of one of their chief staff writers:

"I've used a variety of vehicle testing equipment and the VBOX systems are by far the most convenient of any system out there. They offer a high-degree of accuracy in a package that's a fraction the size of anything else. Thanks to the ability of VBOX to run either stand-alone or with a PC, there isn't a vehicle or race car that it can't be tailored to. We've bought a number of different VBOX systems and are finding new uses for them nearly every week."