With real-time measurement of parameters from up to four vehicles and at better than 2 cm positional accuracy, the VBOX testing system allows manufacturers to easily verify the effectiveness of their Adaptive Cruise Control system.

At the core of the system is RACELOGIC's flagship data logger, the VBOX 3i RTK (VB3iSLR), connected via radio telemetry to an RTK Base Station or to another VBOX 3i RTK acting as a moving base. 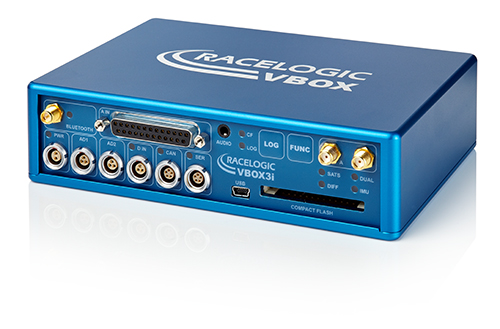 The 'Multiple targets' feature of the ACC test equipment is capable of calculating parameters from three target vehicles and the lane at the same time.

By substituting the DGPS Base Station with a specially configured VBOX 3i RTK, our MOVING BASE test setup allows users to test and verify active safety systems outside the test track.

Find out more about VBOX Moving Base.

When used in conjunction with a VBOX video system, the measured parameters can be graphically overlaid in real-time onto the recorded video, providing a clear visual reference to the performance of the test. 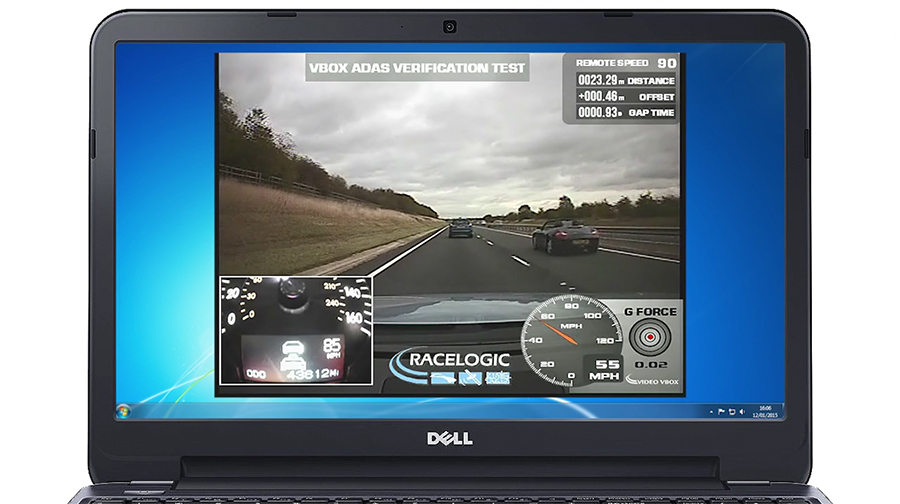 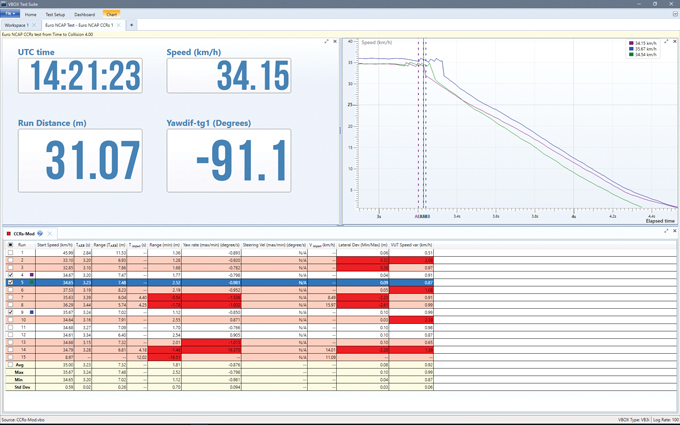 If the vehicle carries the ACC operation data on its CAN Bus, this can be simultaneously logged (and displayed in video if a VBOX video logger is also being used) alongside that of the GPS data, giving you an exact comparison between relative vehicle position and onboard strategy data.

To assist in the testing of ADAS applications such as Blind Spot Monitoring and Rear Cross Path Detection, it is now possible to ‘map’ the shape of vehicles using a survey pole, antenna, and VBOX Manager. Up to twenty-four points around the vehicle bodies can be surveyed, and the ‘shape’ of each car can be stored for later use. As the test is conducted, the distance of the closest contact points between the vehicles is calculated to +/-2cm accuracy, automatically switching to the nearest contact points as they change with the car’s relative positions.

Adaptive Cruise Control testing and validation can be conducted on the test track using a static DGPS Base Station, or via the Moving Base solution. A typical RACELOGIC test system comprises of:

VBOX records the ACC's commands via CAN and displays them live during testing. The vehicle separation is measured with a positional accuracy of better than 2cm.

The VBOX constantly measures the distance to the target vehicle which verifies that the ACC has locked onto the correct target. Video VBOX can be used to prove that the 2nd forward vehicle has been passed without affecting the separation range between subject and target vehicle.

VBOX ACC test equipment will measure the time gap and separation between both vehicles accurate to 2cm. For high accuracy sampling of the curved lane we have developed the survey trolley, a line mapping rover wheel which comes with a custom rucksack containing radios, antenna and groundplane.